skip to main | skip to sidebar

Hi all!
I'm moving my blog to WordPress. Please click here to get to the new blog site. Thanks!
Posted by Alyse Vordermark at 7:41 PM No comments:

I had no idea that Canadians could be so stylish. Not that I've ever really given that much - that is, until I ran across Canadian House & Home magazine online. With so many of my favorite magazines going under these days, I was thrilled to find this one! (Let's keep our fingers crossed that this beautiful magazine does go the way of Gourmet or Cookie or Blueprint.) 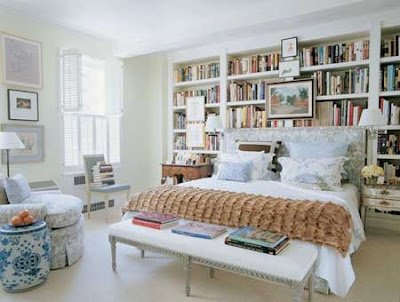 Assistant Style Editor Michael Penney has a blog on the site called "Affordable Style." Love it! He's described as creating "prosecco-and-crostini rooms from a beer-and-nachos budget." What a descriptive description - I know, I know, that sounds dumb, but you know what I mean.
You can bet I'll be taking tips from him!
Posted by Alyse Vordermark at 10:33 AM No comments:

We had the wonderful opportunity to stay the weekend with some friends in Lincoln City, Oregon, a few weeks ago. You might not think that this would be the best time of year to go to the beach, but in Oregon, any time is a good time. Considering the water is never warm enough to really swim in, even in the middle of summer, winter offers some beautiful scenery and great weather watching. 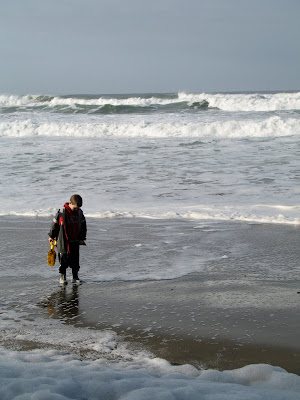 Our friends built their house this year, so it is brand spanking new - and gorgeous! They call it the Knee Deep Beach House - cute, huh. My friend did a great job decorating and furnishing the place. It's a great example of how if you take your time, you can put together a modern, fresh home on a budget. She bought most of the furnishing from places like IKEA, Cost Plus World Market and TJ Maxx. But you'd think that it came from much more expensive stores. 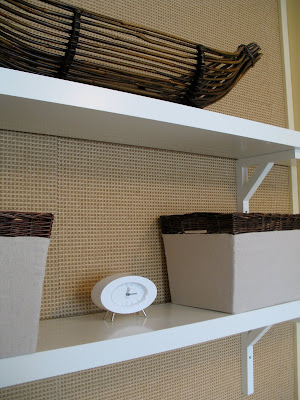 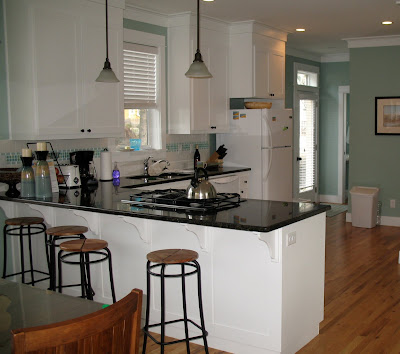 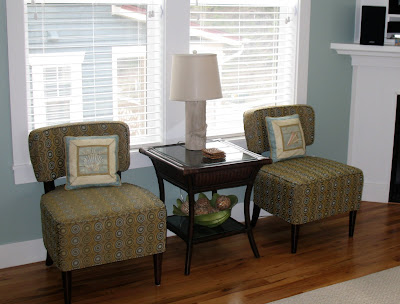 The house is just over the bluff from the beach so it took only 3-4 minutes to walk there. And though it was a little chilly, we had a blast looking at the tide pools and dodging waves. They rent the house out, so I'm sure we'll be back lots of times! 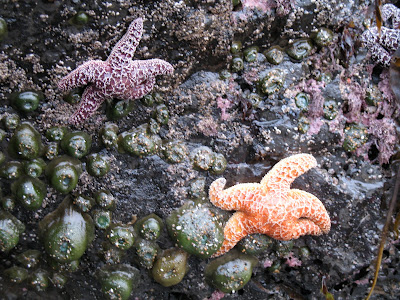 My kids keep asking when it's going to be Christmas and since I hate spending a lot on money on Advent calendars that you open one time and then toss out, I've found a couple free, printable Advent calendars that are modern, stylish and take almost no time to put together.
Hope you like them as much as I do!
This one is from Mibo, a UK-based design studio. They have cool paper projects that are downloadable for a small cost - and some that are free, like the Advent calendar. 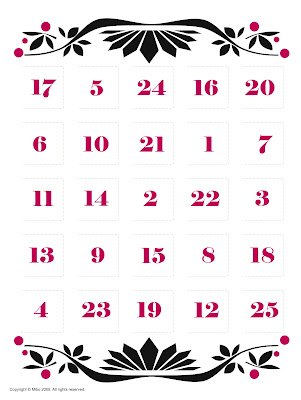 And this one is from Ce Que Je Voeu, a French children's pajamas designer/maker. Their website is in English as well as French, but the blog where the free downloadable Advent calendar is is only in French. But no need to break out the high school French texts (yes, I kept mine), just click on the calendar to download. 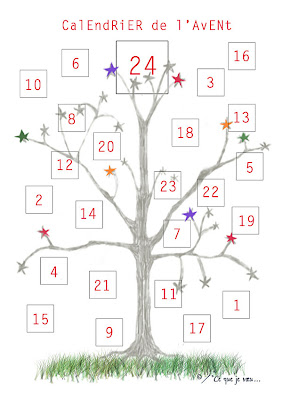 The First Step is Admitting You Have a Problem

This blog has become a confessional of sorts for me. First, I told you about my travel bug, then my obsession with bunnies. Did I mention my penchant for fabric? How 'bout handbags?
Oh the handbags...I can't stop myself. Even after I started my own small handbag business (did I mention I love fabric?) a couple years ago, it has been impossible for me to not buy a few gorgeous leather handbags that have crossed my path. I just hear them calling my name.
"They" say that you should be your brand when you own a small company. My brand is modern fabric handbags. Yes, I carry bags that I made quite often and love it when someone comments on them - I even give them a business card! But you can imagine my guilt when the urge hits to carry the new Kate Spade light blue leather handbag that I just purchased during the online sample sale (60% off - love it) or the pink leather Cole Haan beauty I got at Nordstrom for a steal.
I just can't "be my brand" all the time - alright?! I love leather, and I'm not afraid to say it. 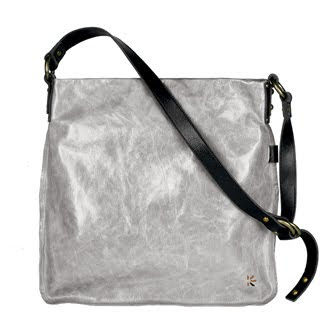 So why this confession now? Because I went to the great handbag store today in Northwest Portland called Ellington, and I just need to share. It's local and fabulous! They design very stylish leather and nylon twill bags which are very well made. I had Ava (who is almost 3) with me today at their Sample Sale and all she kept saying was, "Mommy, I want a bag!" Yes, dear, I do too!
There's an awful lot out these days about shopping/buying local. I'm all for it (don't forget to check out my shop!), and I'll be sure to shop at Ellington again!
Posted by Alyse Vordermark at 8:44 PM 1 comment:

Sometimes I have these moments where I realize that I am really lucky. Maybe lucky isn't the correct word. Sheltered. No. Modernized. Yes. Boring. Kind of. Where am I going with this?
I love watching Art Wolfe's Travels to the Edge on PBS. He goes to these amazing places and takes these amazing photographs. 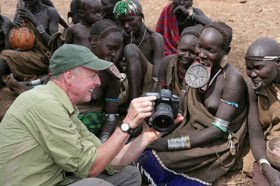 Today, I caught the "Ethiopia: The Omo Valley" episode. He traveled to some of the most remote country in the entire world. The lives of the villagers that he visited are so completely non-Westernized that it was said that the people in one tribe did not even know that they lived in a country called Ethiopia. It was truly amazing to see cultures so unlike mine. So primitive. So pure. So uncluttered. Where it warrants an elaborate celebration for a successful harvest season. Where men from different villages still battle each other for the hearts of the women.
Art said that he was not there to document the cultures like many photographers or anthropologists do but rather to document the artful body painting, body adornments and ceremonies. He made mention that these tribes have no museums or galleries or even living rooms to hang art, but it is on their persons that they derive art and culture. I don't know why this struck me as so powerful, but it did. 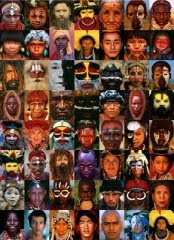 The cultures are truly beautiful in my eyes. It's that they know nothing different. And, it seems, if they do know different, they choose to live the way their ancestors have for thousands of years. Incredible. Interesting. Beautiful.
If you haven't seen Art Wolfe's show, you should.
Posted by Alyse Vordermark at 1:59 PM No comments:

Girly But Not Cutesy

I certainly don’t consider myself an interior designer, but I sure have fun trying out my hand at it at home. I recently switched the kids’ rooms around. I moved my son into the old guest bedroom and my daughter into my son’s old room. The first order of business was painting. I do enjoy the end product, but, boy, I hate the hassle of preparing a room for painting. But that’s another story - I seem to have a lot of “other stories.” 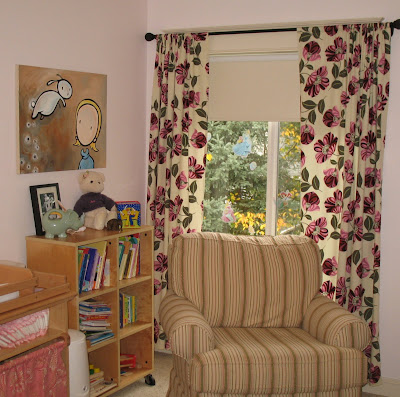 Anyhow...Ava will be three in a few months and moved out of a crib and into a “big girl” bed this summer. So it was the perfect time to switch rooms and redecorate. Ooh, redecorate! Ava told me that she wanted a princess room. Pretty typical for a two year old. But I just can’t stand the thought of too many frills and Disney princesses. Since I have an obsession with fabric, I figured I could satisfy her taste for girly while keeping it sophisticated for my taste. And since she’s not really old enough to object to my ideas...I win!

I decided that pink walls were OK. Not too pink though. I chose a Benjamin Moore Natura paint (No VOCs) in super light pink (forgive me, I forgot the exact color name). It’s light enough that it almost looks white in bright sunlight which I find to be very nice.

My hubby and I have always like to collect original artwork so when it came to art for the kids’ rooms, I had some great pieces to choose from. I really like the idea of instilling appreciation for art into the kids from an early age.

Side note: I took the kids to the the Lake Oswego Festival of the Arts this past summer and was so thrilled when Emerson, who is 6, decided he wanted to spend some of his money on art for his bedroom. Granted, he only had about $15, but he looked around and chose some cards and postcards to buy from artists that he liked. I let him make all the decisions and pay the artists. It was neat to see what art struck him. 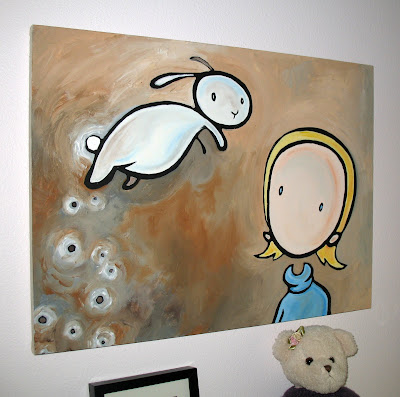 So in Ava’s room, I decided to hang a painting we bought back in 1999 in Minneapolis. I think it was at the Minneapolis College of Art and Design student art sale at the Minneapolis Institute of Arts. It was a long time ago. But we loved a piece called “oh poo poo” by Kurt Halsey. Who can resist a flying bunny pooing? Again, the bunnies - I just love them! It’s such a great painting. Whenever we show it to someone new, they don’t even notice the trail of rabbit poo until we tell them the painting name. The artist now lives in Portland, Oregon, I just learned. He’s showing some of his work at a place in Portland called Sweetpea Baking Co. - I’m going to have to go check it out. 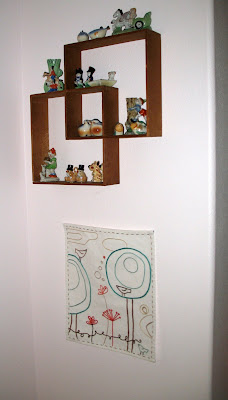 Another piece I have in Ava’s room is a hand-embroidered wall hanging by a woman I met at the Craft-In in Newberg, Oregon, this past August. She and I were vendor neighbors. Her company is called bo betsy and she makes the cutest hand embroidered art. I was thrilled to get a wall hanging from her, and it looks great in Ava’s room now. 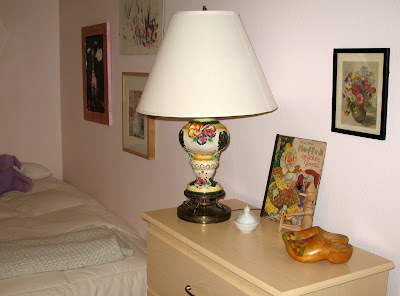 I’ve also tried to put some special knickknacks in her room to counter the plethora of plastic toys and general junk kids accumulate. On the dress, she’s got a wooden Pinocchio we bought in Italy in 2000, an antique book my mom gave her, a pair of wooden Dutch shoes from my great uncle, and a milk glass chicken from my grandmother. And though, the lamp isn’t a family heirloom, my husband picked it up in an antique store many years ago and it definitely goes with the aesthetic I’m going for. 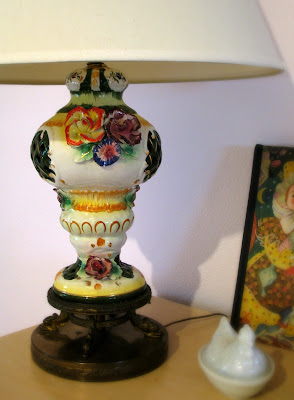 The room’s not quite done yet. I’m waiting for Ava to finish potty training so I can get the huge changing table out and move in a toy chest I got for a steal at a garage sale this past summer (the hubby is anxiously waiting getting the “prime real estate” in the garage back).

I hope you enjoyed my little tour. Have a great weekend!